The Modern Witchcraft Book of Tarot is the latest in the Modern Witchcraft series by Skye Alexander and the first Tarot book we’re reviewing here at Oak & Sage. In reviews we use the phrases Buy, Borrow, or Pass rather than a starred system to indicate our final opinion.

The majority of the book is card descriptions and suggestions on how to interpret cards for different kinds of readings. Each card is given keywords, a general descriptor, upright and reversed interpretations, as well as examples of how to interpret both upright and reversed cards in questions of money, work, and love. I especially appreciated this last aspect of Alexander’s book because it demonstrated how to make sense of difficult cards that, at first, don’t seem to have anything to do with the question at hand. Of all the card interpretations, I most resonated with Alexander’s description of the court cards and I think she does an excellent job bringing to life that particular subset of the Tarot.

The “modern witchcraft” of the title is simply a rehash of vaguely Wiccan witchery. There’s so space for the idea that some witches aren’t Wiccan and don’t care about the Rule of Three or whatever, or aren’t particularly interested in the cissexist binary of male/female gendered energy and symbolism. This is a really common fault in the “Pagan/New Age/Mind, Body, and Spirit” section of the bookstore and it’s just offputting to the rest of us witches.

Worse, Alexander never sets down the definition of what she means by witchcraft, and there’s a whole lot of assumption and in some cases downright incorrect information about other religions as a result. There’s a lot of blatant distancing from groups she considers unsavory, even going so far as to claim there’s literally no association between an inverted pentagram and Satanism. Not only is this factually inaccurate, but there’s no reason to demonize Satanists to make Alexander’s witchcraft look morally better – because in the end, it does the exact opposite.

Alexander doesn’t cite her sources at all, not even to explain where ideas came from. For example, at one point we’re told that “twenty-two is considered a ‘master number’ that resonates on the higher planes.” What the heck is a master number? Why didn’t we talk about higher planes before? She also links the Six of Cups with the Elder Futhark rune Gebo, claiming that it is the “love rune,” but this is actually a quite watered down understanding of Gebo, which has to do with many layers of gifts and reciprocity. These are small details, but because Alexander included them in the book, I’m left wondering what else is sorely misunderstood or just made up. There’s also a lot of filler sidebars and a heavy handed use of quotes blocked out from the regular text that are often, at best, only tangentially related to the information at hand, further muddying the waters.

Some of the content is… not for the skeptical. Alexander claims “scientist” Masaru Emoto “discovered that water picks up the vibrations of pictures” and is why many of her Tarot spells include setting a card over a glass of water to “absorb” its meaning. Look. I practice magic. I work with energy. And I don’t have the audacity to claim someone with a degree in International Relations with shoddy research methods is a scientist.

Finally, there’s a Tarot spell for manipulating an emotional rift between yourself and another person (just pages after an explanation of why love magic shouldn’t be manipulative?) and another one that sings the praises of the prosperity gospel, literally called “Money Does Grow on Trees.” Have you tried feeling more prosperous? Because to Alexander, that’s the first step in overcoming any money issues! Poverty-b-gone through happy thoughts! Yay!

Pass. There are other resources for card meanings out there and Alexander doesn’t particularly bring anything new to the table. What she does bring has enough questionable information to make it difficult to trust what is actually helpful. 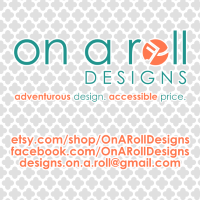